Happy 2017! So we left Moscow a couple days ago via train to the picturesque town of Sudzal. Many movies have been filmed here and it’s one of the major stops if you are doing the golden ring tour.

Here in Sudzal we did a homestay. This is one of the reasons I love doing Intrepid travel tours. There’s usually a homestay component, and I always find them a fun unique experience, also they are all about supporting the locals which I think is great. So we stayed between 2 women’s houses where we celebrated Christmas/New Years all together. A Russian New Years celebration is actually quite a lot of fun. I’m pretty sure I haven’t been out for New Years in at least 8 years, last 3 I was working. So this made up for it. 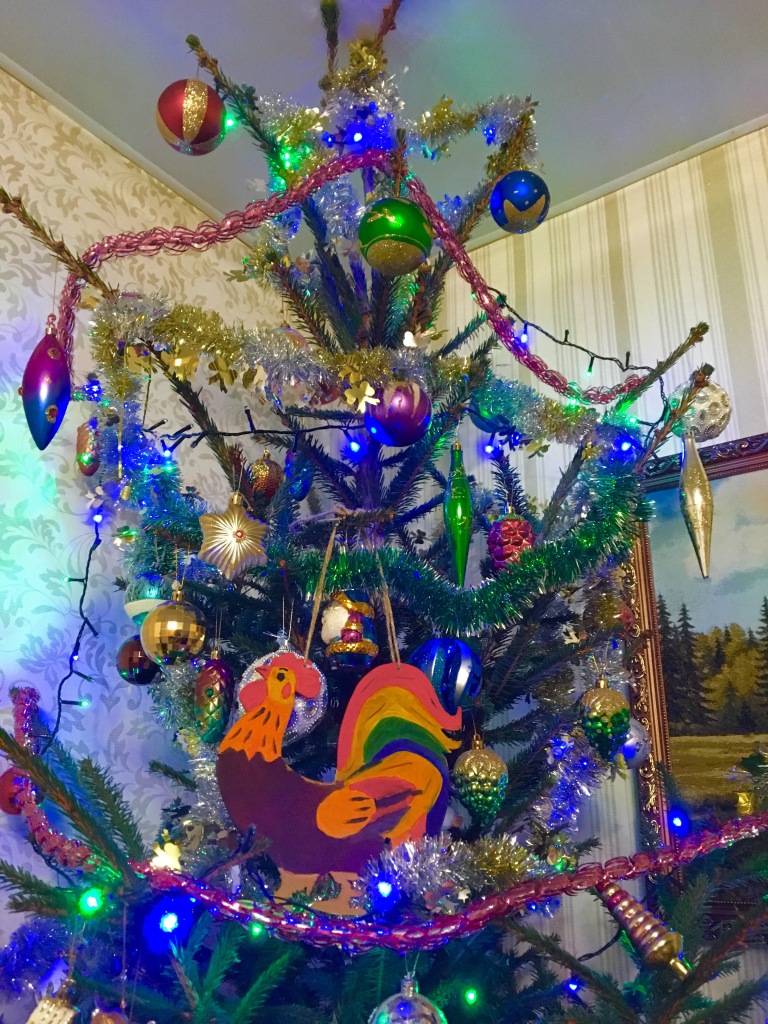 There was so much food. Lots of salads, herring, caviar, meat, chicken, potatoes, mushrooms etc. We start eating around 9pm till midnight. There’s quite a few courses and plenty of vodka shots. In Russia, they don’t just say “cheers”. They always toast to something; Health, love, leaving all the negativity in 2016 and looking positive to 2017 etc. 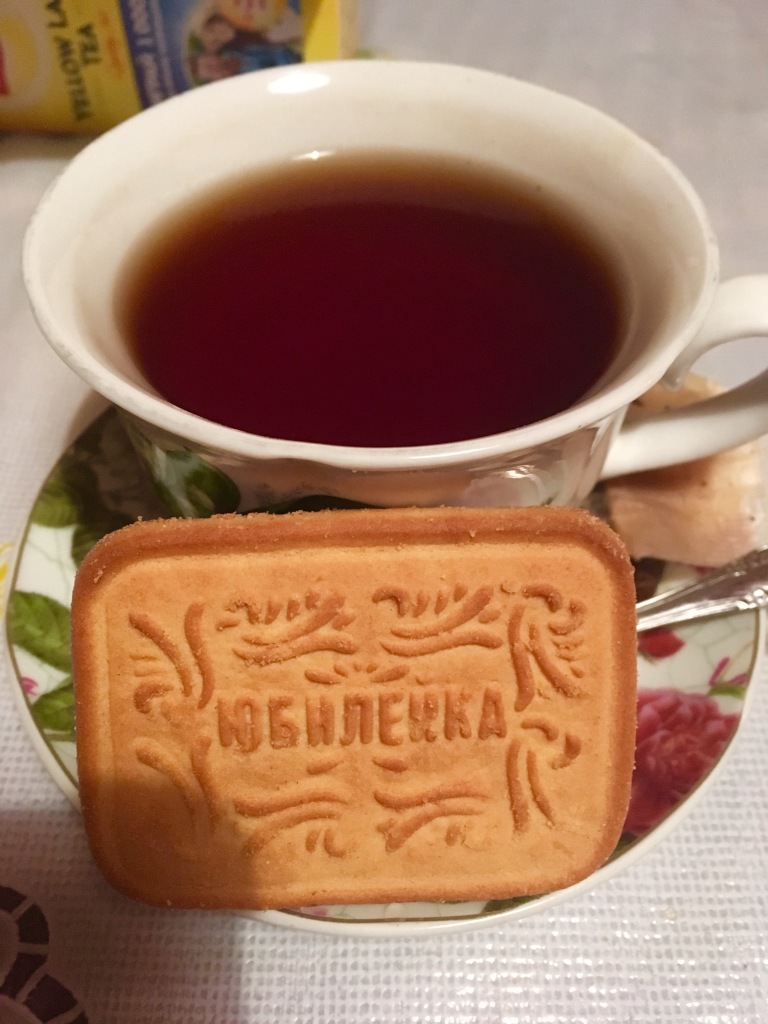 On T.V there’s a Russian New Years countdown show with singing and dancing. Then everyone waits for a few minutes before midnight to hear President Putins New Years speech, it’s taped as Russia has 9 time zones! then a clock chimes midnight, everyone breaks out the champagne. 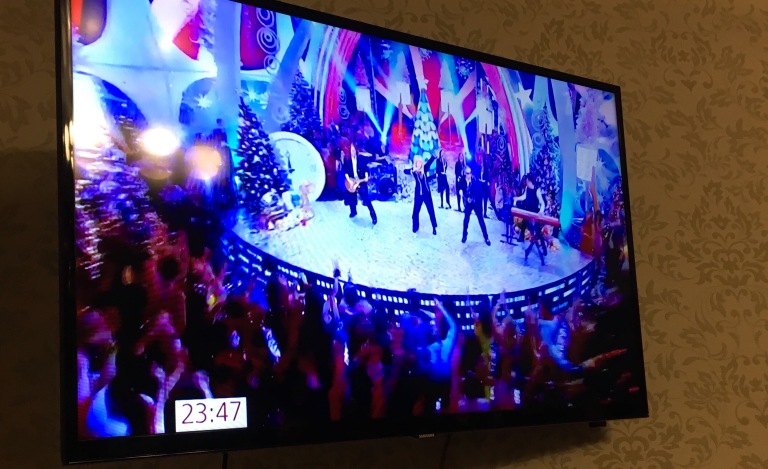 After this we headed to the local town square, there were rides, music, tons of fireworks, dancing, drinking etc. What I loved about this part was everyone was out. From hard core party animals to Families with little kids etc. Everyone was just having a good time and it didn’t seem to get out of hand or feel dangerous. That’s one of the things I’ve loved about Russia so far, feels safe to be out at night, always a lot of people around, beautifully lit up, people just enjoying the season. Lindsay took a ride on the big swing below. 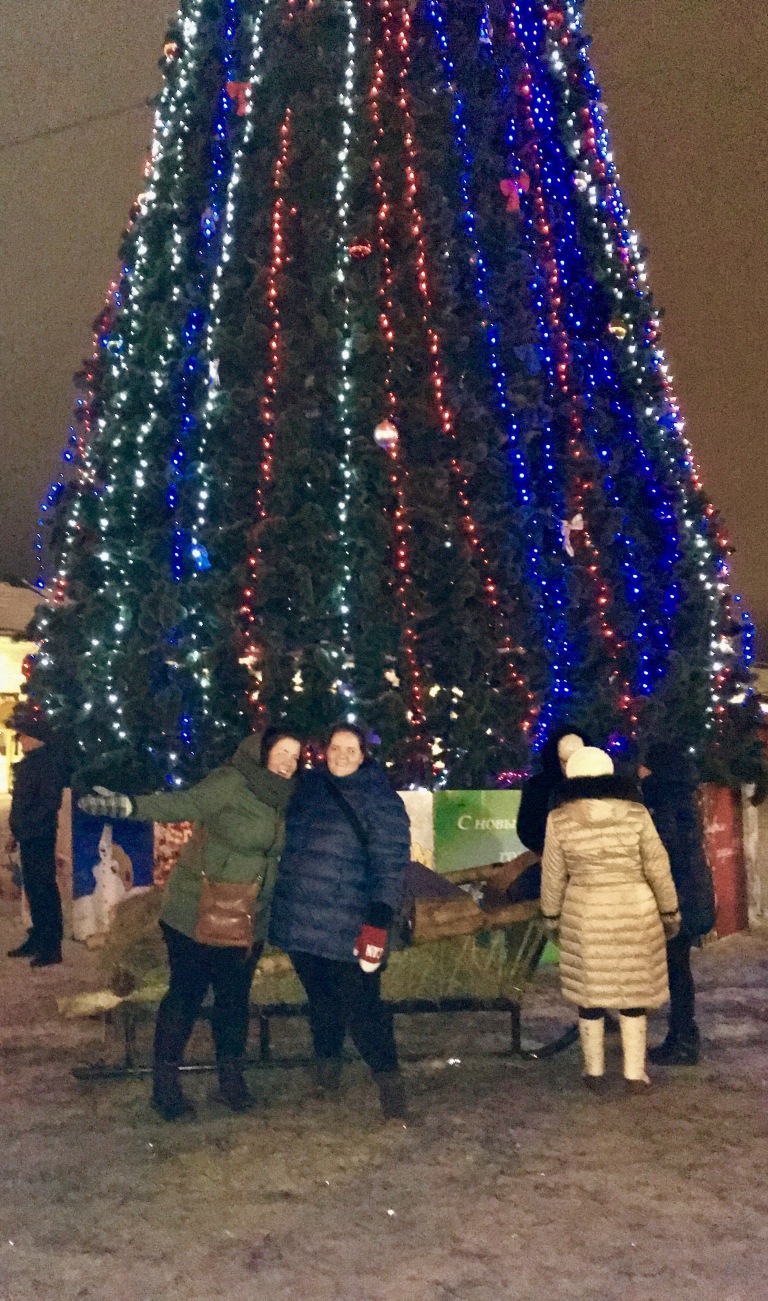 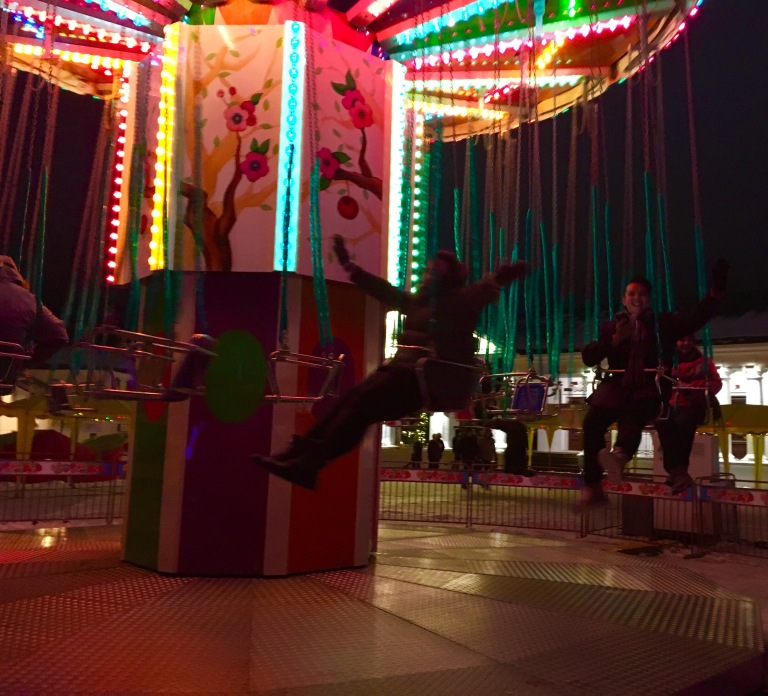 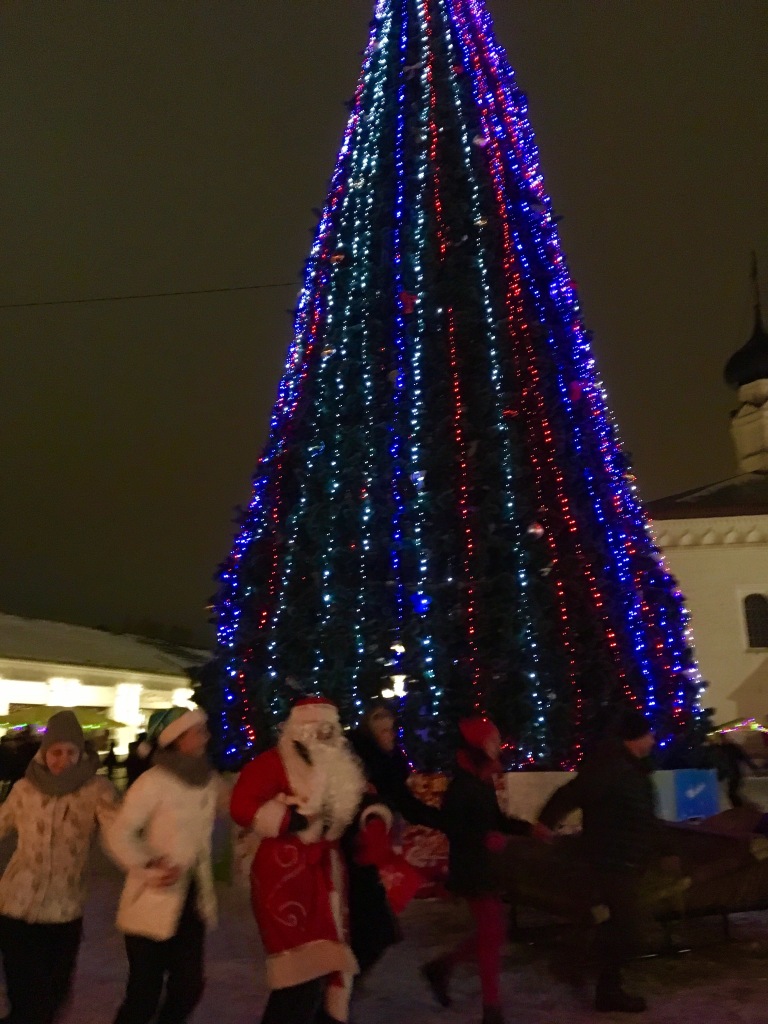 Cucumber vodka that I bought off a lady in the square. It tastes exactly how it sounds lol. 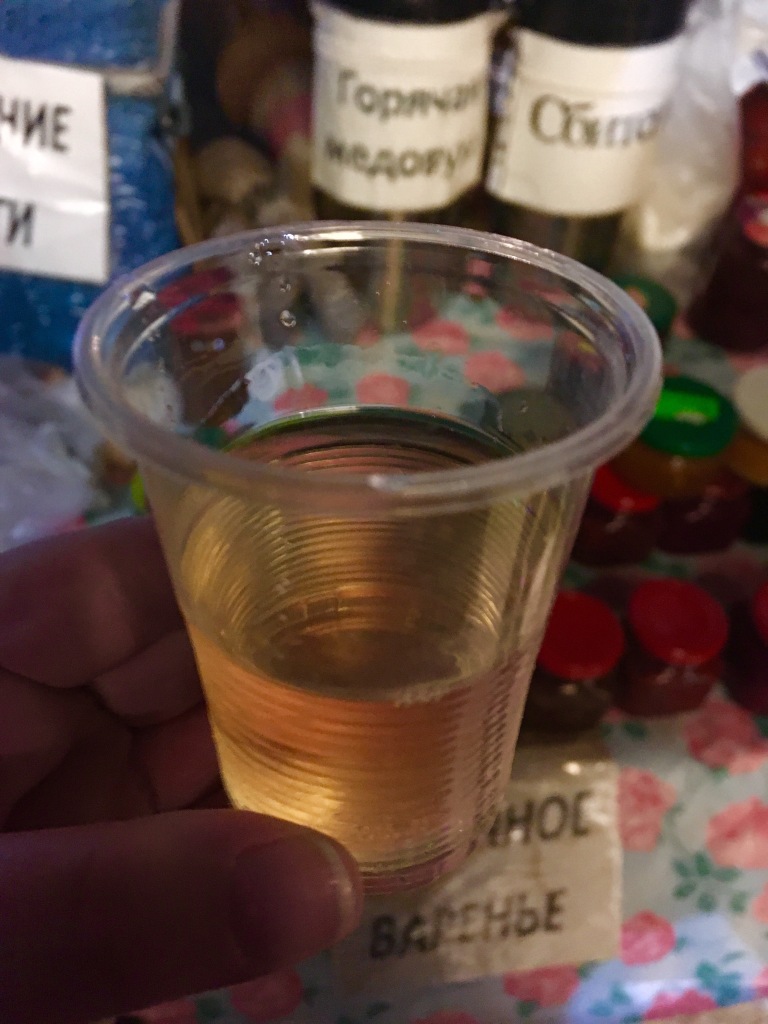 We woke up the next morning for a 3 hour walking tour. I like the walking tours here, but the only downside has been it’s super icy as the temperature has been quite mild. We visited a few cathedrals, lots of locals selling sleigh rides and young girls selling pony rides. I love the way they dress up their ponies. 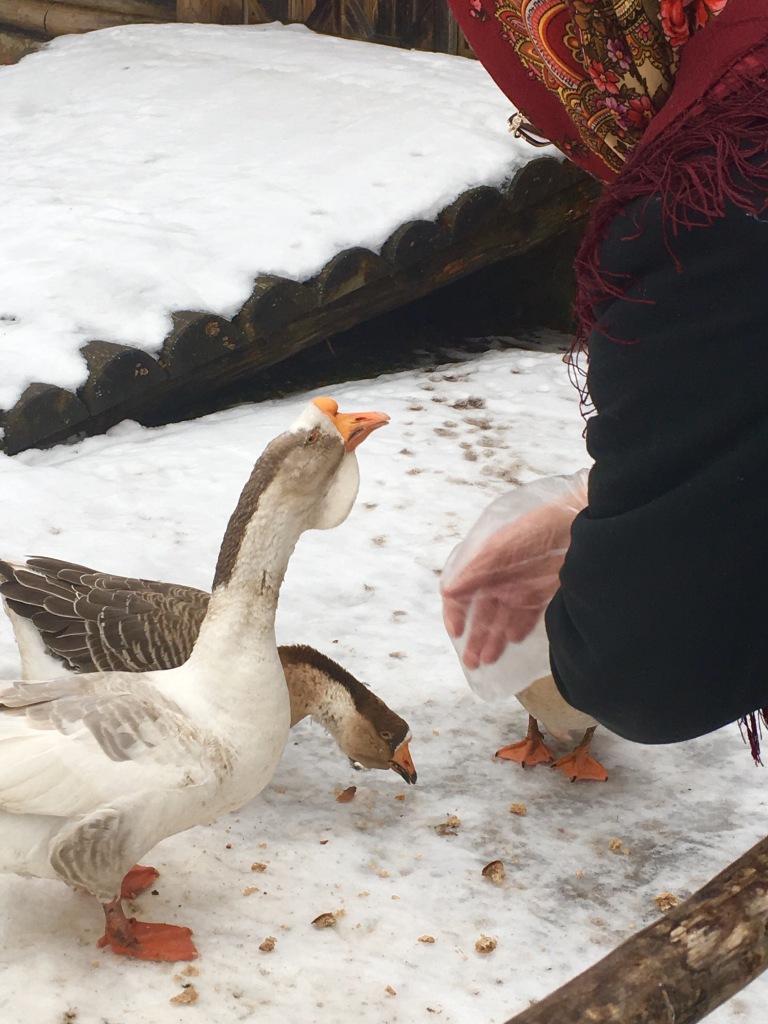 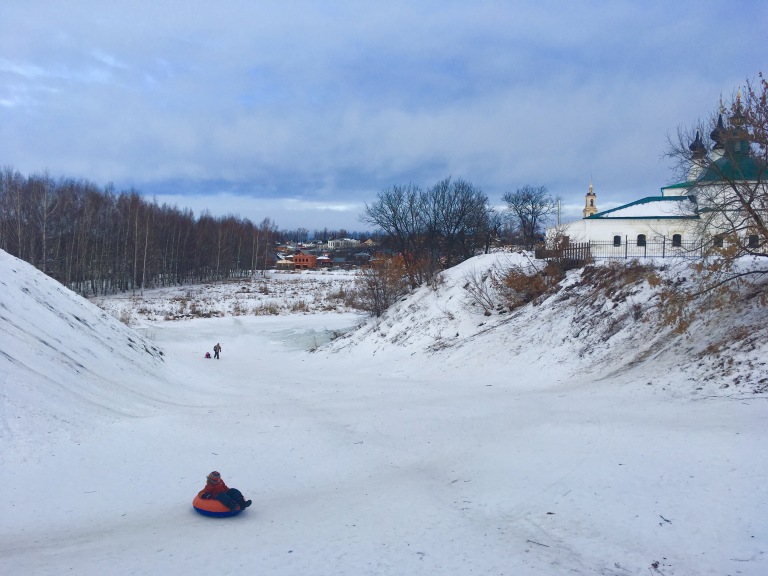 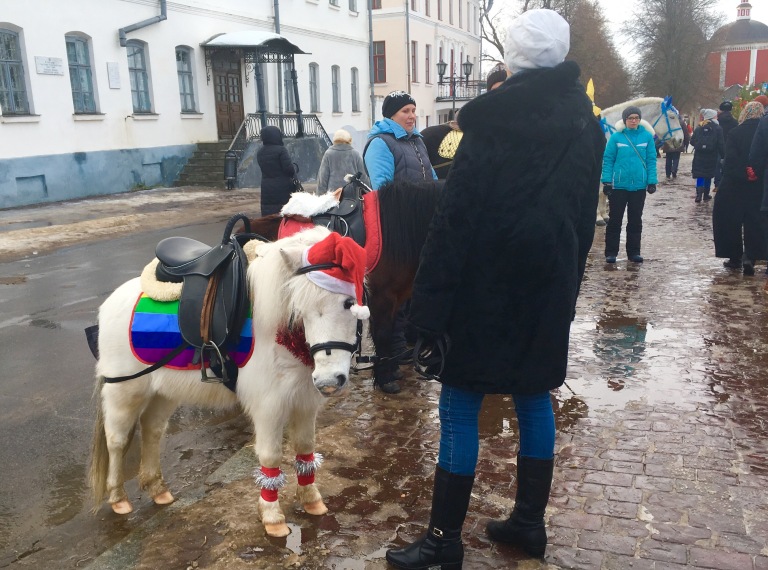 We finished off the tour with a Russian sauna, normally they may be naked, but we opted for swim suits lol. Basically a hot wet sauna, then they soak either birch or oak leaves/branches in water and hit you on the back with them, then you go pull the bucket handle and dump ice cold water on yourself. It was quite refreshing, and the birch beating didn’t hurt, it felt really nice. 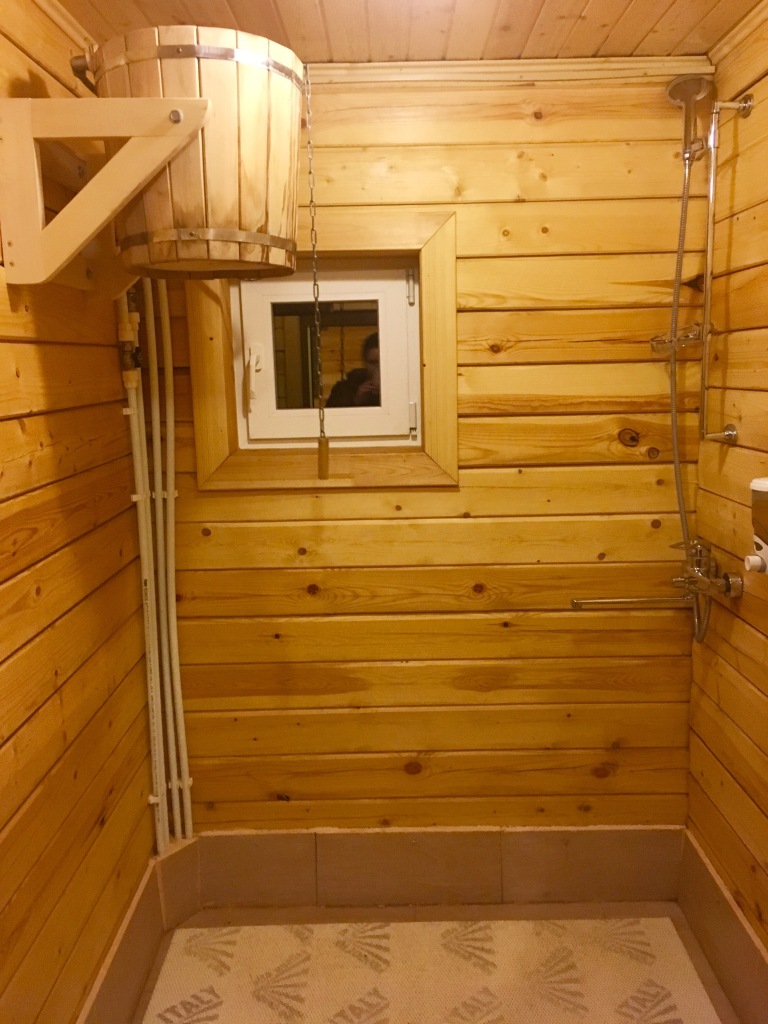 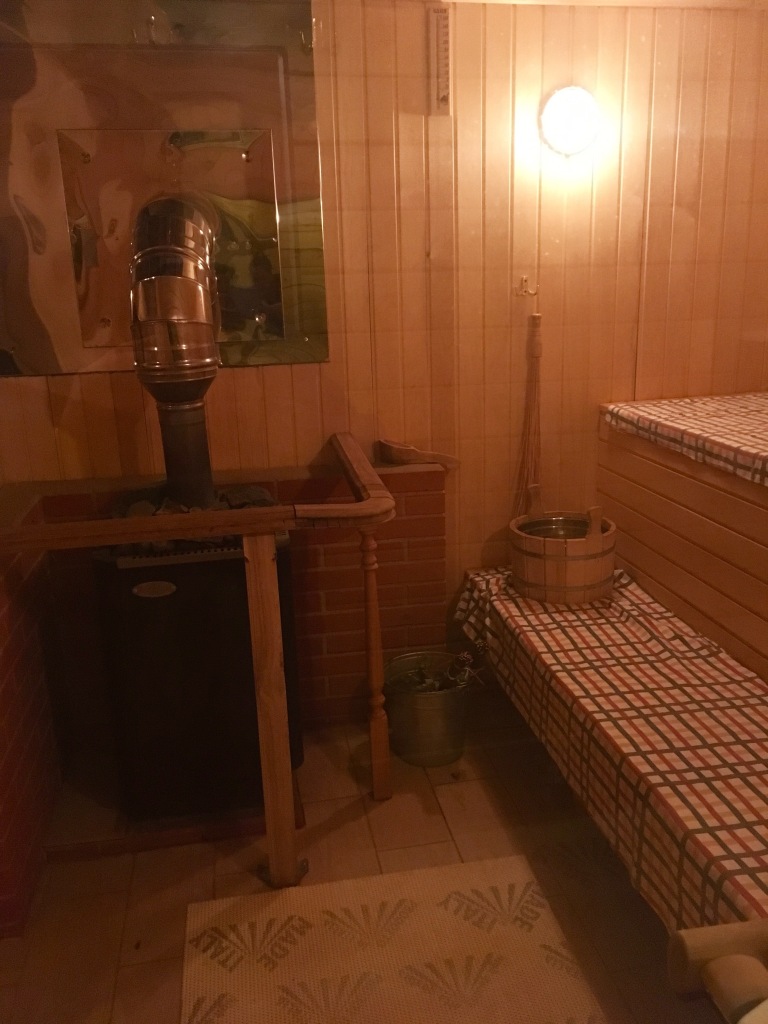 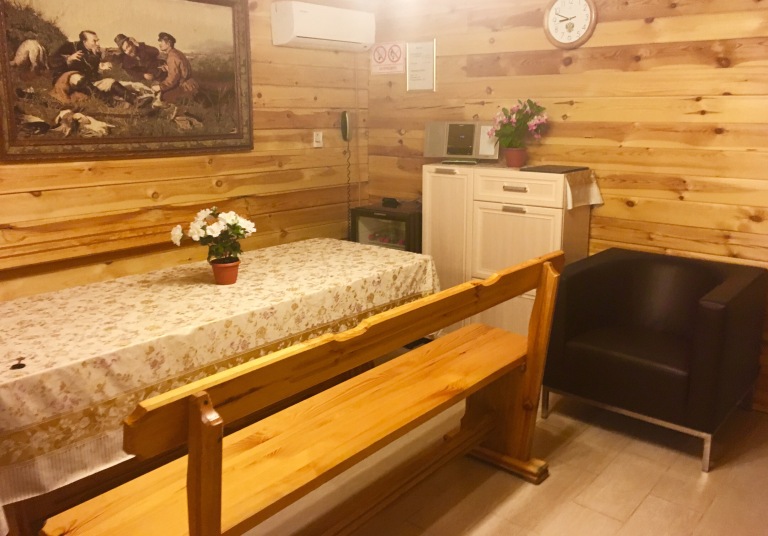 We finished the night at the homestay, Helen (seen below) our wonder host and amazing cook, had a delicious supper of cabbage soup and dumplings ready for us. Never cared for cabbage soup in Canada, but here, omg so good, who knew! She didn’t speak English, we don’t speak Russian, but she was still such a hoot. 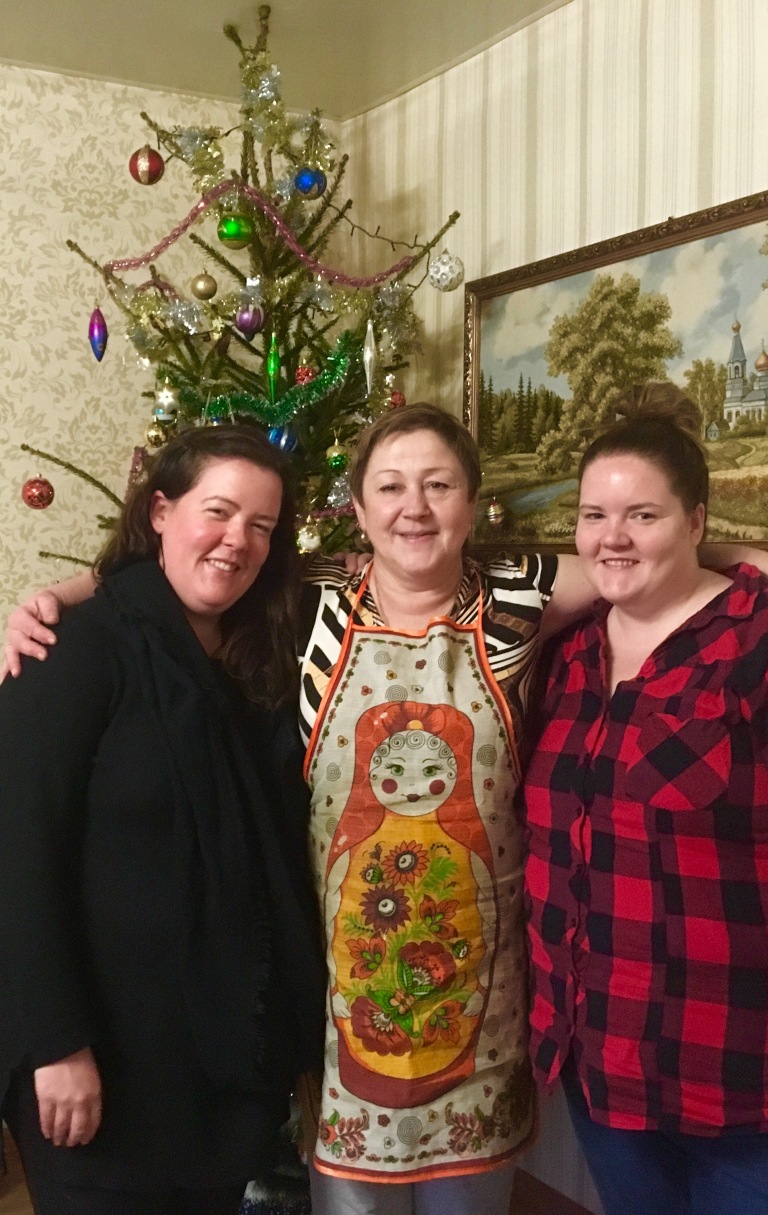 The next morning we boarded a private bus to the city of Yaroslavl. Beautiful and historic, also a major stop on the golden ring. We did a 3 hour walking tour which like walking on a skating rink, but very beautiful. Lots of people out enjoying the holiday season since it goes till about Jan 7 and most people are off work. There aren’t many foreign tourists around as this is Russia’s low season, so it’s a neat experience to see the locals just doing their thing. 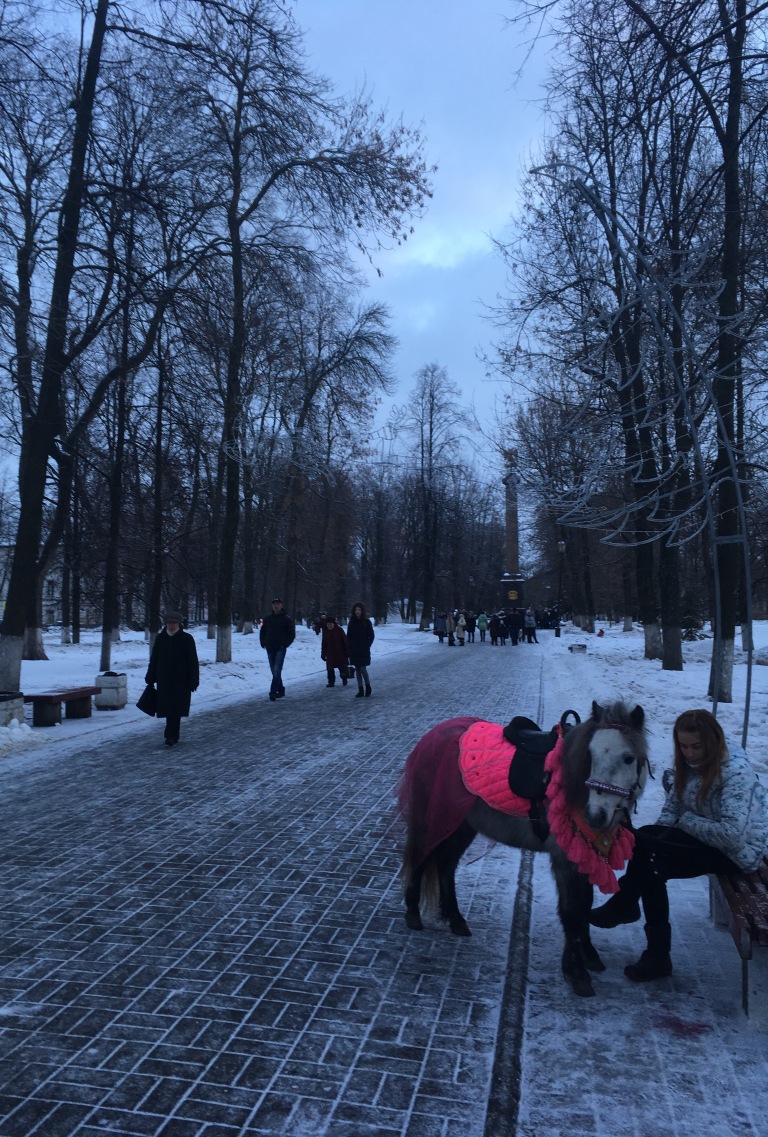 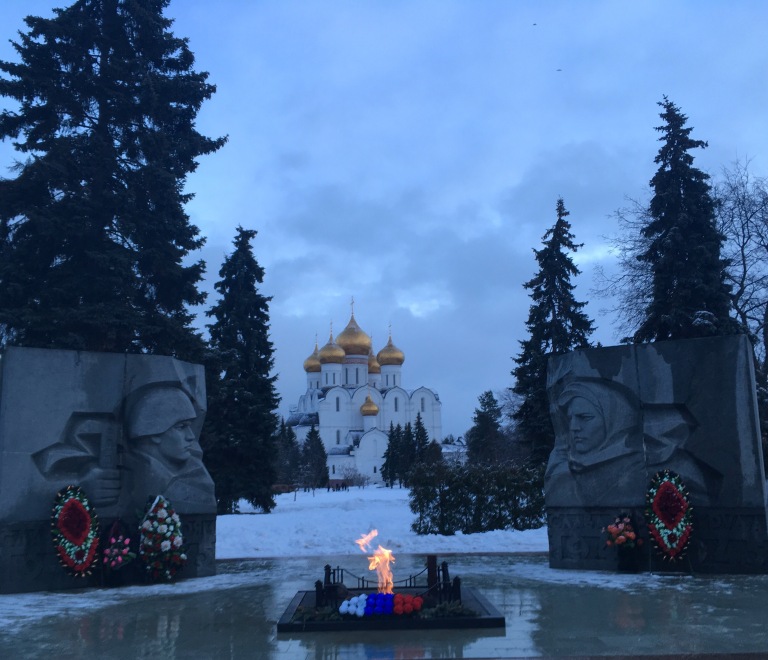 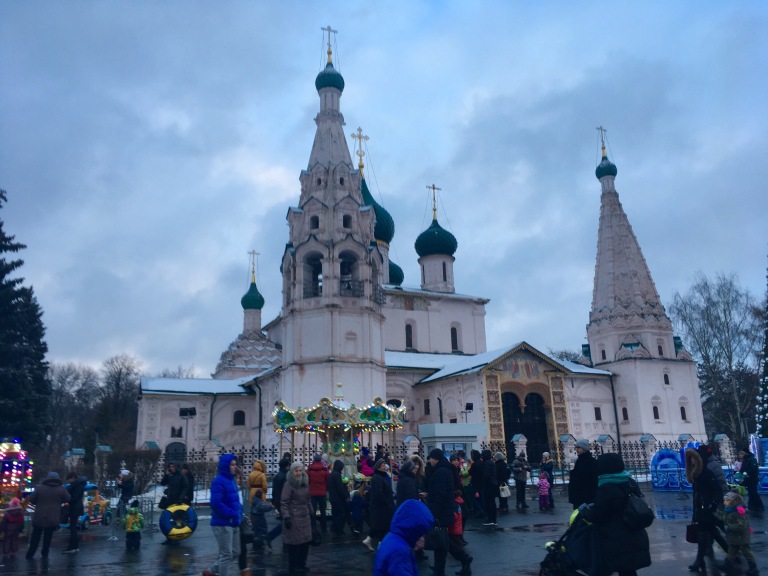 With all the Christmas decorations out, one of my favourite things is they’ve set up picture taking displays that people just walk up and take selfies with, family pics, lots of pics of their kids etc. You see a lot of that going on with statues or these displays.

Russian version of ginger bread with no ginger bread in it lol. It had a cinnamon flavour to it, it was nice. 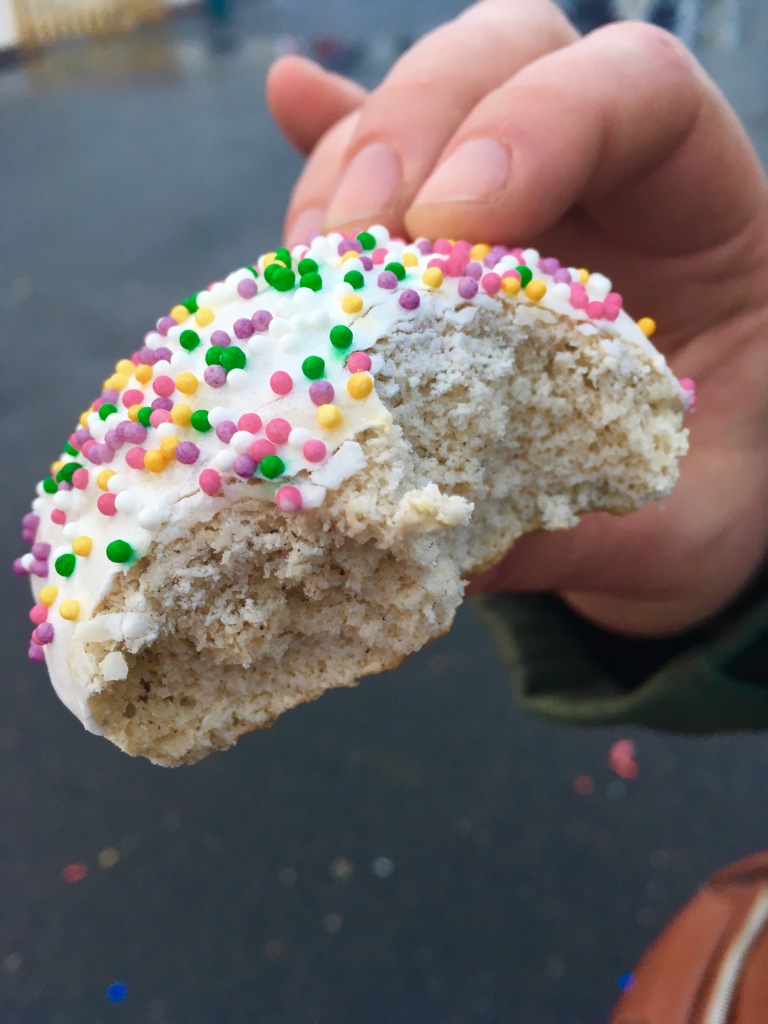 Tonight we take our first over night train to Velikiy Ustyug, home of Grandfather Frost! Hope everyone is having a good start to 2017!

One thought on “A Russian New Year! From Sudzal to Yaroslavl.”